Meditations on Monasticism - Life at the Monastery of St. John 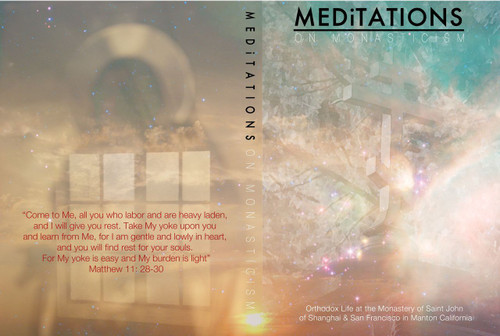 Meditations on Monasticism - Life at the Monastery of St. John

This is a documentary film, shot in both black and white and color, reflecting the ancient Orthodox Christian faith and the monastic expression of Orthodox Christianity using a small American Monastery located in the woodlands of Northern California as its reference material.

This is slow-paced, reflective work is intermixed with some contemporary musical compositions and the monks of the monastery singing and chanting in the background.

Based on material from the inside cover of the case:

"Meditations on Monasticism - Life at the Monastery of St. John is a documentary film created that others may reflect on the deep waters of the Orthodox Church and be further inspired to dive into that depth.

"The Monastery of St. John is a community of of Christian monks striving to follow the Gospel of Jesus Christ, working out their discipleship to Christ in the Orthodox Church. They embrace the evangelical ideas of poverty, chastity, obedience, and stability, striving for unity of mind and heart with one anotherin a communion of love while holding all things in common, and living a shared life of work and prayer."

The production studio, SEEfilms, is a small documentary focused production company based out of Seattle, WA, whose goal is to shed light on the hidden and often ignored realities of human life, striving to change the way people perceive the world, and thus empowering people to make a change in the world, however small.