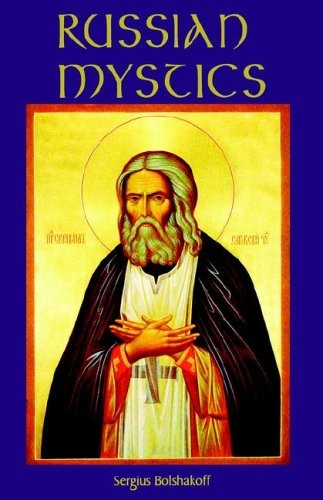 Sergius (Serge) Bolshakoff, both the author and the translator of Russian Mystics, was born in Saint Petersburg in 1901 and died in retirement at the Cistercian abbey of Hauterive, Switzerland, in 1990. His life spanned not only the Russian Revolution and the fall of Communism, but also the Christian Ecumenical Movement, in which he took an active role.

Dedicated to the cause of Christian unity throughout his life and intimately familiar with the Orthodox, the Roman Catholic, and the Anglican traditions and their monastic expressions, he was personally acquainted with the great leaders of the ecumenical movement: Pope John XXIII, the Ecumenical Patriarch Athenagoras, Archbishop William Temple of Canterbury, and the abbe Paul Couturier. Exiled from his homeland for most of his life, he lived in both England (where he received a doctorate in philosophy from Christ Church, Oxford) and France and traveled and wrote extensively.