Treasure-house of Mysteries: Explorations of the Sacred Text through Poetry in the Syriac Tradition 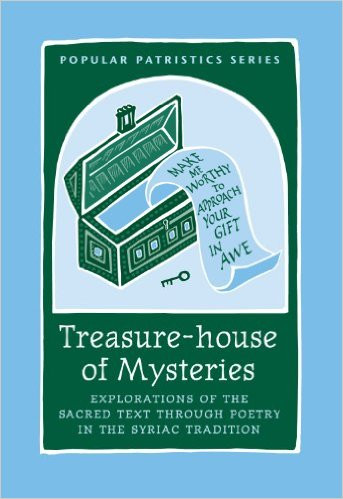 Treasure-house of Mysteries: Explorations of the Sacred Text through Poetry in the Syriac Tradition

Why was Cain's sacrifice rejected, but Abel's accepted? How did Joseph react when he came home and found Mary with child? Questions such as these served as the starting points for St Ephrem and other poets of the early Syriac tradition in these lively and highly imaginative poems where they explore the deeper spiritual meanings of the biblical text with great insight.

Written with considerable verve, these narrative poems and dramatic dialogues offer the modern reader an unusual and refreshing perspective on some key passages in the Bible.

Sebastian Brock is Emeritus Reader in Syriac Studies in the University of Oxford, and an Emeritus Fellow of Wolfson College, Oxford. He also translated St Ephrem the Syrian: Hymns on Paradise, for SVS Press.