The Prayers of St. Isaac the Syrian: 2nd Edition 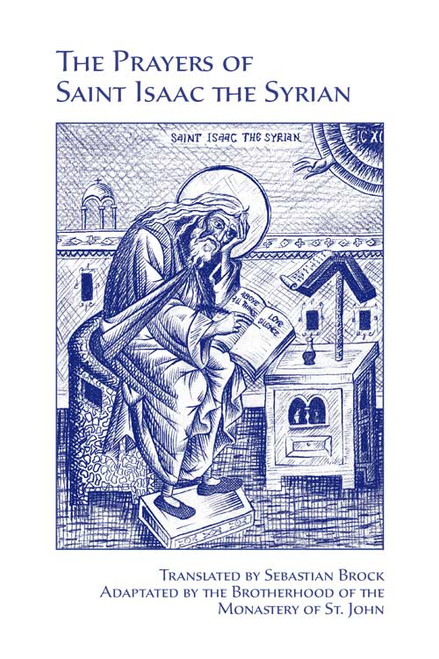 The Prayers of St. Isaac the Syrian: 2nd Edition

A wonderfully organized prayer book featuring prayers by St. Isaac the Syrian, a 7th century saint of the Orthodox Church. Translated by Sebastian Brock and adapted to modern English by the Brotherhood of the Monastery of St. John.

A discourse on hidden prayer by St. Isaac, who drew up, arranged and composed it with words of feeling and supplication, joining limbs together into a single body which will be useful for the meditation of hidden prayer. A person can occupy himself with these words while standing or sitting, while working or while walking about in his cell, on going to sleep, until sleep takes over, while he is indoors or while traveling on a journey, secretly occupying himself with them within his heart. Likewise, he can occupy himself with them while he remains kneeling on the ground or wherever he happens to be standing, even if is not in front of the cross, and then he will join the humility of his body with the stirrings of his prayer, for he will benefit from these words, as well as from those which he has laid down as his rule. He will also benefit from the place set aside, with the advantages if offers him as he confronts his changing state of mind and the times of peace and times of vexations which come upon him. Thus, by making use of these prayers which have been composed so that he may find comfort, his soul will receive sanctification by them and will be filled with the Grace of the Spirit.